A rose named for the breeder’s mother topped the list of awards presented at the New Zealand Rose Society International Rose Trial Grounds in Palmerston North in early December. 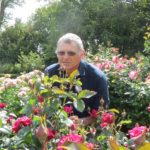 Tauranga Rose Breeder Rob Somerfield from Glenavon Roses topped the trials with his variety ‘Grandma’s Rose’ which won the Gold Star of the South Pacific. “The name is a tribute to my mother from her grandchildren, they felt it was her colour” said Rob Somerfield  Mr Somerfield also received a Certificate of Merit for the cream variety ‘Old Friends’. Both these varieties will be introduced onto the market in the next couple of years. 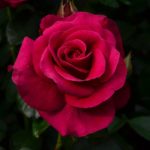 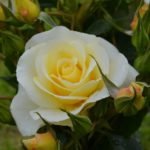 Certificates of Merit also were awarded to the magenta pink ‘Berry Nice’ bred by Wanganui rose breeder Bob Matthews of Matthews Nurseries Ltd and to the yellow ‘Lemon Ruffles’, bred by Canadian rose breeder Brad Jalbert and entered by Amore Roses of Hamilton. This is the first time a Canadian bred rose has won an award at the trials.  Both these varieties are already on the market in New Zealand. 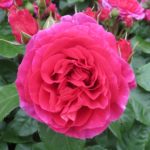 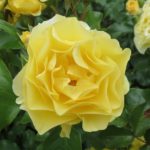 The New Zealand Rose Society trials are now into their 49th year and test new varieties from New Zealand and international rose breeders and are judged over a period of two years by a panel of 20 judges. They assess the roses in areas such as freedom of flowering, health, plant quality, flower quality and fragrance.

At the conclusion of each trial, those roses which have gained an average of 70% are recognised with awards and reflect the consistently high performance that they have achieved during trial.

In 2020, the trials celebrate their 50th anniversary and a number of activities and events are planned to mark this occasion including the hosting the National Rose Show in Palmerston North, the naming of a new rose for the city and the publication of a book on the rose trials. 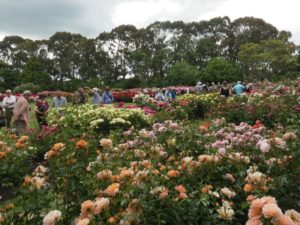